Don’s Song By Lyndon Delano Moss is a guitar solo that was composed by Lyndon Delano Moss in 2002.
He wrote it at the time that his son Don- Austyn Moss was learning to walk.
A guitar player since his early teens, Lyndon intuitively believed that Don-Austyn could learn to walk to musical beats.
Don-Austyn Moss learned to walk to the sound of his father counting a four beat,
Lyndon later said that he heard the melody of Don’s Song as he counted that beat.

Don’s Song by Lyndon Felano Moss is a very exhilarating and lighthearted melody. It conveys a feeling of joyfulness.
It is a song to lift the spirits and to change the mood from somber to happy. 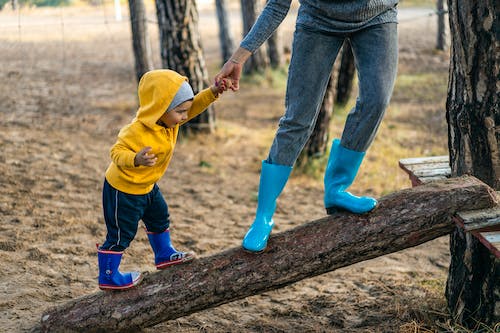 The science behind Don’s Song By Lyndon Delano Moss

Curious about her brother’s experience in teaching his son to walk to musical beats, Mercedes Moss searched online for data.
Scientists later discovered that movement areas in the brain are activated by strong, musical rhythms.
Dubbed Rhythmic Auditory Stimulation, scientists and health care professionals use the technique to successfully help people with movement disorders to walk.