Amazing Benefits Of Music For Baby Brain Development Inside The Womb

Is music important for baby brain development inside the womb

Music for brain development inside the womb explains amazing brain growth benefits of playing music to children before they are born. There is adequate research to support biblical reports that babies hear in the womb:

And it came to pass, that, when Elisabeth heard the salutation of Mary, the babe leaped in her womb; and Elisabeth was filled with the Holy Ghost (Luke 1:41).

Research shows the following positive benefits of exposure to music before birth:

An infant can recognize a lullaby heard in the womb up to several months after birth, potentially supporting later speech development

A 2013 study at the University Of Helsinki was conducted to determine the duration of time that babies could retain information that they had heard in the womb. The researchers had previously found in another study that fetuses could learn minor details of speech.

The researchers studied twenty-four pregnant women during the final trimester of their pregnancies. Twelve of them played the melody of Twinkle Twinkle Little Star to their unborn babies. This was done five days a week.

The brains of the babies who heard the melody in the womb reacted more strongly to the familiar melody immediately at birth. Their brains also reacted strongly to the same melody four months after birth. Babies that were not exposed did not have that strength of reaction to the melody. These results show that fetuses can recognize and remember sounds from the outside world.

Researcher Eino Partanen explained the results of the study:

These results show that babies are capable of learning at a very young age and that the effects of the learning remain apparent in the brain for a long time,”

The researchers believe that song and speech are most beneficial for speech development in the unborn. 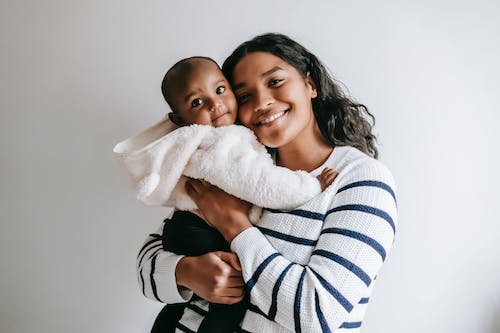 Since unborn babies can hear as early in pregnancy, pregnant mothers should begin to play music to them

Studies show that babies are able to hear sounds that are coming from the outside. One such study done in 1925 found that babies in utero can hear sounds at five weeks. By the 24th week of pregnancy, babies hear sounds all the time in utero.

It is, therefore a good thing to read to them every day and to expose them to classical music. Classical music has been shown in research to have a positive effect on brain development inside the womb. Pregnant mothers should play classical music for unborn children each and every day during the pregnancy.

An interesting study was done by Dr. Donald Shetler at the Eastman School of Music. Dr. Shelter studied pregnant mothers who already had one or two children and were now pregnant with their second or third child. He had them take headphones and put those headphones on their stomachs. Their babies listened to classical music for approximately ten minutes each day during the pregnancy.

Researchers have since found that headphones are not necessary and that the baby can hear all of those sounds. The one detriment with headphones is one never knows quite how to make certain that the sound is not too loud or too soft.

Pregnant mothers can play music on their way to work in the morning or before going to bed. At night they can play ten minutes of music.

The researchers found in the study that there was a huge difference in those children at the age of two. The difference was in language development and in how they talked. The children were early talkers and they were also early readers.

Their language was more sophisticated, more articulate, much stronger, and better than their siblings when they were at that age. They talked in sentences earlier than their other siblings who had not been exposed to classical music each day in utero.

Researchers know that music plays a huge impact if you start in utero. Renee van de Carr, a researcher said that a child in the prenatal stages is at a university. You can play music for them, read books to them, expose them to different experiences just as long as you’re talking to them and telling them the experience that they are experiencing at that particular time.

All of those prenatal experiences are important. When the child is older you want to get them involved in a music program. There are music programs are available at 18 months and under.

Music programs for brain development in children eighteen months and over

Music programs help to build a bigger, better brain. Your child will do better in school, they will be early talkers, early readers, and have better language skills. These skills will help them to become better students and more successful adults.

Singing to children is just as important as reading to them

Tom Chapin said that singing to your kids is just as important as reading to them. Books don’t give the same kind of quality one-on-one interaction as singing. This is because words only convey meaning whereas music conveys emotions.

However, books can convey emotion as well. However, a great Japanese mathematician was asked by mothers about the number one thing to do for their child’s math improvement. His response was to sing to them and sing to them every day.